In the 14th century, remembering that the famous purple mustard originated from Corrèze, where he was born, Pope Clement VI summoned a mustard maker to Avignon. Messire Jaubertie, from Turenne, was appointed. He carried his duties so successfully that he was nominated “Master Mustard Maker to the Pope”.

Henceforth the reputation of the purple mustard, manufactured and sold by a number of liqueur makers and grocers in Brive-la-Gaillarde until the 19th century, became a local tradition.

The Moutarde Violette by the Denoix Distillery

This traditional speciality survived only due to the dedication and resolve of Elie Denoix, followed by his son and granddaughter. Nowadays, the Moutarde Violette is exported in a number of countries where it is recognized as a delicacy and a flagship of French culinary excellence.
The name itself comes from its colour. Made from grape must and fine mustard seeds, this mustard distinguishes itself by a quirky marriage of sweet and spicy tastes.

We also offer a Vinaigrette showcasing the Moutarde Violette. Combined with the Suprême Denoix liqueur, the mustard brings the dressing a lovely balance between tartness and sweetness.

discover our products in the

All of our products are directly available in our online boutique. Take a look at our recommendations and tasting notes.

Indulge yourself or someone with a quality gift! 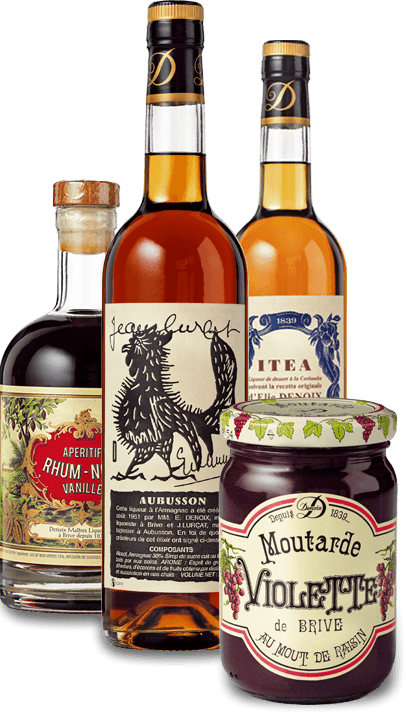 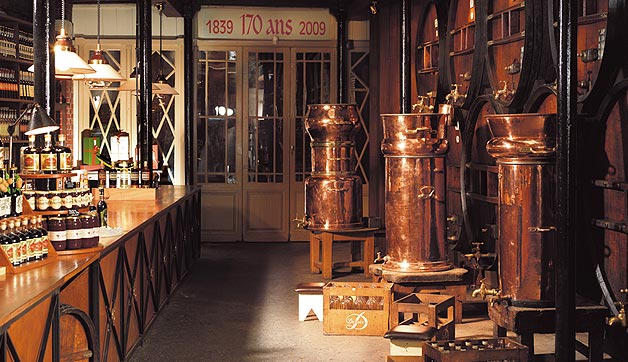 We welcome you in our distillery for a free visit or a guided tour designed to introduce you to our history and our know-how. Enjoy a free tasting of our products! 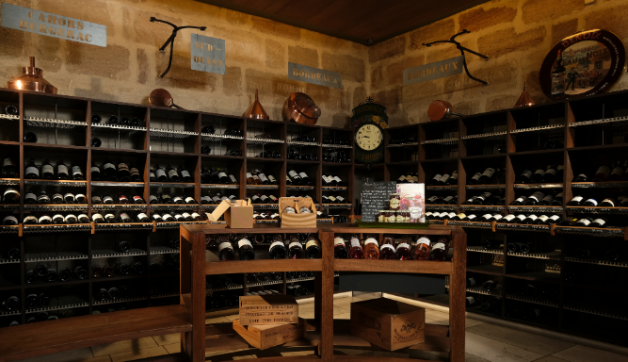